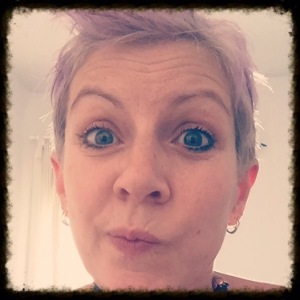 I had an interesting start to my week. I was walking back from the supermarket with a backpack full of food and my arms full of a multi pack of super soft loo rolls. It was 2.30 on a gloriously sunny day. As I turned a corner my subconscious brain clocked a man sitting on a bench seemingly enjoying the sunshine and watching the world go by. As I passed him he made a sound, a whistle or a clicking of his tongue or maybe he said ‘mira, mira’ (look, look). I’m not sure exactly, but he got what he wanted…my attention. I turned my head towards him to see him pointing with one hand down to his groin and there, in his other hand, in not so full glory, was his penis.

This has never happened to me before so I had no previous experience of how to react but my instincts took over and with a look of disgust on my face I shouted ‘F*ck Off!’ (in English but I think he will have known what my sentiments were!) and marched away determinedly.

My brain was swirling manically. I wasn’t scared of seeing the dick’s dick. I was scared of what might happen next. I didn’t want to give him any satisfaction by turning to look back but I felt very vulnerable having my back to him. I had no idea if he had a ‘next move’ planned and was following me, if he was going to grab me. I knew it was unlikely, but the unpredictablity was completely unnerving. No road in Madrid is ever completely empty but at that moment this bit of road seemed very quiet and devoid of anyone. I quickened my pace and turned the next corner to get out of his view and gather my thoughts….and to see if by a chance there was a police car. I thought I may be able to use sign language to back up my basic Spanish to alert them to the perv (however risky it may be – gesturing to one’s groin to the police is not usually a good idea!) There wasn’t a police car.

Unsure of what my next move should be I just went home. I felt I should report it but how/where…. Anyway, long story short I did report it. One of my Spanish friends works for the police and she, and her position in the force, helped me both with my language and by jumping the queue at the police station. I managed to give a good description of his appearance despite the whole incident taking no more than two seconds! They asked me if I would recognise his face from photographs. Probably not. I’m sure they don’t keep photo books full of flashers’ floppy phalluses but who knows if I would recognise his. Maybe!! Some things you can never un-see!

Bizarrely, exposure of the genitals is only illegal in Spain if it is done to a minor or someone disabled. But I reported it because I thought that it should go on record in case he was a known serial offender or to back up any (God forbid) incident of illegal indecent exposure by the same man. But I do find it odd that this behaviour is not deemed serious enough to be illegal. This was not done to me as a chat up or an example of extreme flirting. This was not done to me because this man fancied me and wanted to get to know me better. This was done to me because this man wanted to intimidate me. He wanted to shock, upset, scare and threaten me. It worked, albeit for just a few minutes.

I’m not a prude. The body of a man does not shock me. I have seen more than one willy in my life, sometimes even on men I don’t know – I’ve  been on nudist beaches, I’ve seen men pee in the streets (ewww), I’ve seen a couple of hilarious streakers. Those sightings of very unsexual dangly bits are completely different than having one thrust upon me at very close range, unwanted, uninvited, unexpected and in an obviously sexually threatening way. I will not suffer from this experience and after my initial shaky reaction I actually laughed. It was really rather pathetic. But this doesn’t make this behaviour any less serious.

Oh, and he wasn’t a dirty old man. He was young and good looking. This didn’t make it any less serious either.

4 thoughts on “Dicks behaving like dicks with their dicks”